Welcome to Abraxas, a world of mystery and legends. We urge you to join and start your character that would be your avatar upon this place. This is a new site and some changes may still be made, such as adding new locations in the world. Thank you for your patience and enjoy your time on Abraxas.

You are not connected. Please login or register

In total there are 6 users online :: 0 Registered, 0 Hidden and 6 Guests 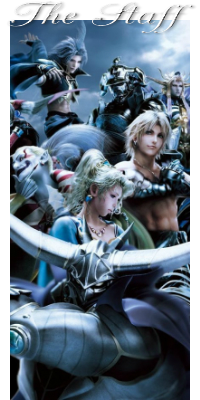 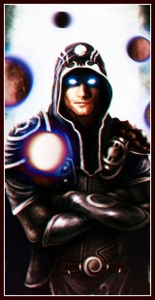 The sky cracked and the magic in the immediate area whipped and whirred about. The cracks grew and spread slightly in order to create the rune in the sky. "Merkhatz!" Anyone who had happened to be about the area would have heard the bellowing command as what seemed to be a body fell from the sky. Smoke plumed from the falling form as it crashed into the ground cracking earth. The form grasped for air clawing it's bone fingers into the ground trying to breath but with no lungs. It took a moment before muscle began before muscle grew attached to the bone. The face formed first unleashing a screech of agony. The eyes were next before skin finally grew over. Next organs grew into place. Another agonizing yell. Skin grew to cover the rest of the form and it's gasping slowed as it trembled laying naked on the ground.

"S-So.. Th-This is... The n-next.." With that, the form passed unconscious. It had attracted the attention of things hiding in this area awaiting prey. It wouldn't be long till something found it if left out in the open. The form was lightly coated in sweat from it's ordeal and still breathing hard. The skin was pale, the body was defined, but lithe and littered in scars even despite just forming.

The rune within the sky had already vanished as though nothing had even happened. The conditions of the sky returned to normal. Creatures were closing back in to where he had landed to observe, though none dared go anywhere near the still smoking form.
Zuri 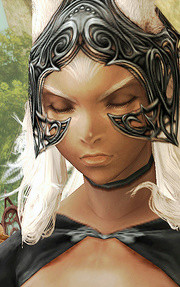 Everything was moist. The foliage, the air, and even the pieces of ground that weren't submerged in water. It felt odd to be maneuvering through this swamp but the lepori had no choice really, her small boat having been snatched up by the tides and pulled here. But years of constantly moving around had given Zuri plenty of practice at adapting to various places and situations. She was sure that this would be no different.

Zuri looked up at the sky to note the time of day, she did not want to be unprepared in a place like this. Before the clan had been her protection so she had been able to sleep soundly with the securing knowledge of her fellow lepori watching her back, but now it was just Zuri.

Suddenly out of nowhere a loud sound boomed, cutting through the natural ambient sounds and filling her tall ears. It startled Zuri and made her jump as well as put her on edge. In her chest her heart pounded like a war drum and for a minute Zuri was rooted to the spot, ears still until they occasionally twitched. Deep crimson eyes watched as the sky above her somehow cracked. Would it completely shatter? she wondered. Zuri looked ahead and momentarily meditated on what to do. The sudden turn of events seemed like they would be interesting but at the same time curiosity sometimes led to death. It wasn't like she was being accompanied by someone though. Zuri had only herself to look after, why not take a risk?

" May the wind make me quick if safety is needed." she spoke to herself before putting one long leg in front of the other and moving forward.

The lepori moved fast as the sound of many moving forms touched her white ears. Creatures were on the move and they might have been looking for dinner so whatever caused that loud sound might have been on limited time. She darted through the large swamp trees and pushed aside the hanging vines, catching sight of various predators running a head. Silently Zuri took inventory in her mind. On her back was a small quiver full of arrows and a bow. She had to be smart about how she used them.

Something up ahead gave out a pained cry then suddenly a large beast came rushing towards her forcing Zuri to throw herself up against a tree to avoid being ran over. Briefly she watched as the beast retreated then went back to running ahead until she came to an open area. Here the earth was cracked and fauna stood together observing someone on the ground. Carefully Zuri crept forward, moving around until she was able to move closer without going near the other creatures. Remaining at a distance still Zuri slowly pulled out her bow and cast a wary look towards the smoking man. " You will become prey unless you start moving." the lepori warned.
« View previous topic · View next topic »